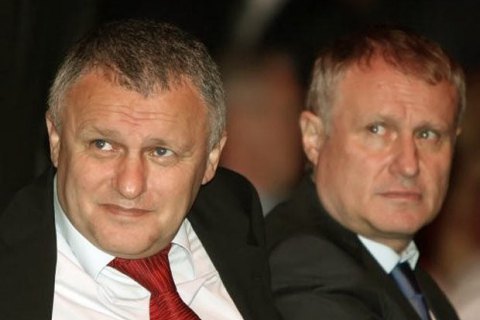 The NBU appealed the verdict in the Supreme Administrative Court and asked to suspend the implementation of the verdict before the resolution of the dispute in an appeal court.

"We believe that the courts of first and appeal instance violated procedural law, ignored the evidence presented in the case and made an unlawful verdict. We are looking at the possibility of appealing the case in the Supreme Council of Justice," the NBU said.

The NBU stresses that the state's the decision on joining the Privatbank capital in December 2016 was a reasonable and lawful decision, implemented in accordance with the Law of Ukraine on guaranteeing deposits of individuals.

"This decision allowed protecting more than 20 mn citizens of Ukraine who keep money in the bank and use its services, and avoid systemic risks for the banking sector, which was the key to the preservation of financial stability in the country," the NBU said.

On 27 December, 2016, Kyiv District Administrative Court opened proceedings on the lawsuit filed by the Surkis family: Ihor, Hryhoriy, Rakhmil (Ihor and Hryhoriy's father), Maryna (daughter of Ihor), Svitlana (daughter of Hryhoriy) Surkis and Polina Kovalik (the wife of Hryhoriy). They were asked to cancel the December 13, 2016 decision of the NBU №105 that recognized them insiders of Privatbank.

On the stage of the interim administration, insiders' funds in the bank were converted into the capital.

They also demanded to be paid the accrued 266.2 thousand dollars and eight thousand euros in interest on deposits.

On 17 May, Kyiv District Administrative Court voided and quashed the resolution of NBU Commission that recognized the Surkis family as related entities of Privatbank and cancelled orders by the temporary administrator of Privatbank on their accounts.

In the lawsuit, the NBU pointed out that Ihor Surkis and Privatebank's former owner Ihor Kolomoisky were the shareholders, including in the TV channel 1+1 which indicated their connection with Privatbank, and therefore the family of Ihor Surkis should be considered related entities in Privatbank.

The court concluded that that Ihor Surkise's significant stakeholding in Studio 1+1, Gravis-Cinema, TV TET, related to Privatbank, has not been sufficiently proven.

The court referred to the fact that Ihor Surkis is not indicated as an owner of a qualifying holding, a beneficiary, participant, manager or other person on these structures in the Untited State Register of Legal and Physical Entities.

The court also said that the NBU has not properly proven the connection of Ihor Surkis, including in Zaporizhzhia Ferroalloys Plant and Nikopol Ferroalloy Plant (of which Ihor Kolomoysky was a beneficiary).