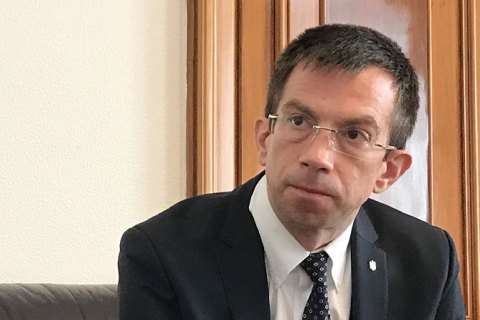 The Ministry of Foreign Affairs of Ukraine plans in 2018 to launch electronic visas for foreigners arriving in Ukraine and DRUG system for Ukrainians abroad, State Secretary of the ministry Andriy Zayats said in an exclusive interview with LB.ua on Monday, 18 December.

"Next year we are planning to introduce electronic visas for entry in Ukraine to take a lot of workload from our consular posts in airports. When 40 to 50 foreigners from every flight queue up to receive visa in airports, the first contact with Ukraine may seem uncomfortable," said the diplomat.

Zayats said preparatory procedures have already been arranged for and believes that electronic visas will become reality in the first quarter of 2018.

"When you leave abroad you register with the system on a voluntarily basis. The application provides for automatic dispatch of text messages from the embassy to registered users in case of all kinds of emergencies. Travelling Ukrainians will be immediately updated on where to go, what to do, and what not to do. Diplomats, in turn, will get a clearer idea of the number of our compatriots in the territory of a particular country."

"During the last year's attempted coup in Turkey, it was very hard to estimate the real number of Ukrainian citizens in this country. The only data we had was from mobile operators, although they only showed those in roaming. We will vigorously promote this system. All the advanced countries use similar systems and I am convinced that it will come in handy for our citizens as well," Zayats concluded.