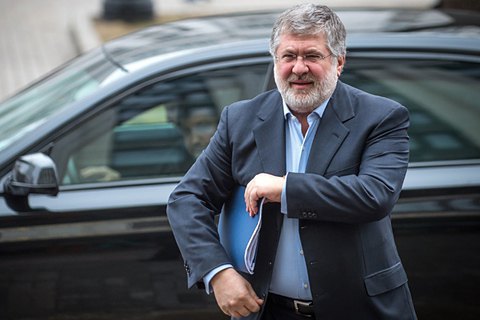 The former largest shareholder in Privatbank, Ihor Kolomoyskyy, has said that the results of Kroll's investigation into Privatbank's operations before its nationalisation in 2016 have no legal bearing.

In a comment to LB.ua on 16 January, Kolomoyskyy downplayed Kroll conclusions about the 5.5bn-dollar fraud at Privatbank, which were presented by the National Bank of Ukraine earlier in the day.

"A mountain gave birth to a mouse. This report has no legal significance. We have our own investigation to counter that of Kroll, and conclusions are very different," the tycoon said.

"It's surprising that Kroll looked into a 10-year period only rather than all 25 years of the bank's history. Let them investigate the remaining 15 years as well," he said.

"And then again, the definition of 'fraud' has a clear legal meaning. Let them indicate what kind of operations caused damage and in whose interests they were made," Kolomoyskyy said.

He suggested that the publication of Kroll's findings was simply a PR stunt on the part of the National Bank "to divert attention from the actions of the ICU company which may have helped to withdraw 1.5 bn dollars from Ukraine, or the operation 'Lolita'".

Kroll said that Privatbank had been engaged in a "large-scale and coordinated fraud" for at least 10 years before its nationalization, which emptied its vaults of at least 5.5bn dollars.