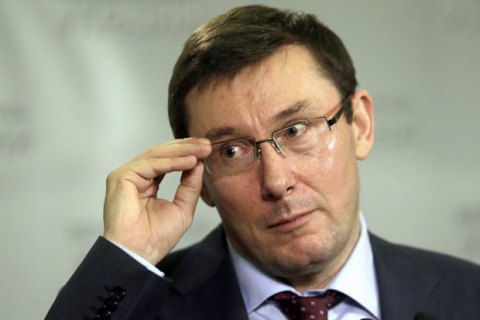 In Mykolayiv, law enforcers detained members of an organized criminal group headed by the deputy head of the Opposition Bloc faction in the city council, Prosecutor-General Yuriy Lutsenko wrote on Facebook late on Tuesday, 15 January.

"Tonight police and prosecutors in Mykolayiv caught red-handed members of a criminal organization headed by the deputy chairman of the Opposition Bloc faction in the city council, Ihor Kopiyka, his son M. Kopeyka, an assistant and two heads of utility enterprises controlled by the Kopiykas," Lutsenko said.

The top prosecutor said that that the detainees had systematically embezzled public funds during 2016-2017.

"In December 2017, the members of the organized crime group, in an attempt to avoid responsibility for their criminal activities, were busted as they gave over 250,000 hryvnys as a bribe to a prosecutor who reported this to his superiors in advance," Lutsenko added.

Ihor Kopiyka is being probed in the case of the group of Mykhaylo Tytov aka Multyk, a well-known Mykolayiv crime boss arrested in August.