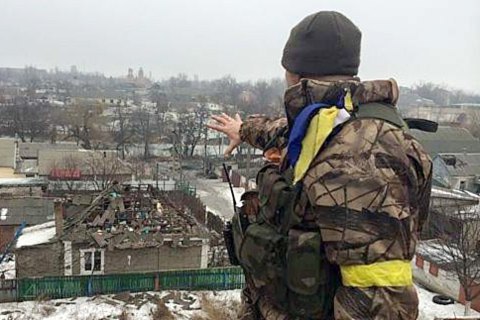 Over the past day, two Ukrainian servicemen have been wounded amid enemy shelling in Donbas. In a Facebook update, the press centre of the ATO HQ reported six enemy attacks against Ukrainian army positions. On two occasions, the Ukrainian military returned fire.

In the Luhansk sector, the enemy fired at the positions of the ATO forces outside Novoluhanske from mortars of various calibres and IFV weapons. Ukrainian troops stationed in the vicinity of Hladosove, Luhanske and Troyitske were attacked with grenade launchers.

In the Donetsk sector, the enemy fired heavy machine guns and small arms in the suburbs of Avdiyivka in the daytime. An enemy sniper was active near the village of Kamyanka.

Over the past day, the Ukrainian air defence has shot down a Russia-made type Orlan-10 drone, the third shot-down drone of this type since the start of the Christmas ceasefire on 23 December.

On 13 December, the headquarters of the ATO reported six enemy shooting attacks in Donbas. One Ukrainian soldier received a military trauma.