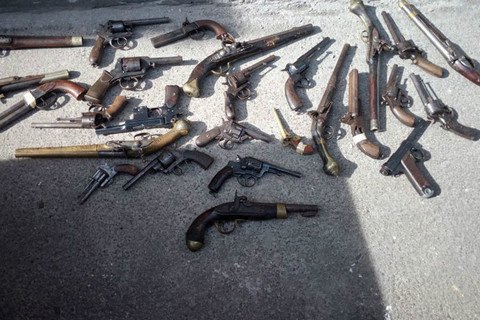 The local news website IP News reported that the man in question is a former first deputy head of the regional police, Col Viktor Kozytskyy.

The robbery took place in 2010 when the collector was brought to the regional police HQ for an interview, while his entire collection of weapons was bagged and taken away to an unknown destination.

The police opened a criminal case against the collector on charges of illegal possession of weapons (Article 263 of the Criminal Code).

The prosecutor's office said that the collection was assessed at 30m hryvnyas.

In 2014, Petrashyn said he saw items from his collection in a TV report from the residence of former Prosecutor-General Viktor Pshonka.

A pre-trial investigation will identify the accomplices of the high-profile "police robbery".