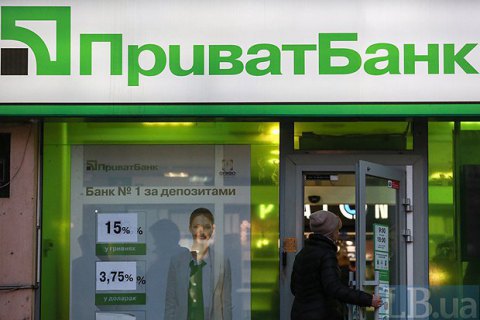 An independent audit by Kroll has found that before its nationalization, Privatbank has run a "large-scale and coordinated fraud" scheme for at least 10 years, which resulted in the loss of at least 5.5bn dollars, according to the results of the investigation unveiled by the National Bank of Ukraine (NBU) on Tuesday, 16 January.

Kroll detectives found out that the bank's credit funds were used to purchase assets and finance business in Ukraine and abroad in favour of the bank's ex-shareholders and groups of affiliated persons.

It is also possible that the bank was used for money laundering, according to the report. The volume of operations and the speed of their conduct, the lack of a sound economic connection between the person who repays the loan and the initial borrower, as well as the widespread use of offshore special purpose ventures (SPVs), testify to attempts to conceal the true purpose of funds from regulators and other stakeholders.

Inside Privatbank, there was another bank that provided payments and facilitated the movement of funds for hundreds of loan agreements worth billions of dollars in the interest of persons associated with former shareholders. This secret bank was serviced by hundreds of Privatbank employees.

The shadow bank issued loans that were usually used to repay principal and interest on existing loans to related persons. It provided transactions in order to conceal the source and real purpose of credit funds, creating the appearance of an ordinary client-oriented bank. To hide the risks in lending to related persons, Privatbank repeatedly filed false reports about its financial standing.

It was also established that before the nationalization more than 95% of the corporate loan portfolio was issued to related persons, 75% of the loans were controlled by 36 borrowers. Most of the loans are outstanding and overdue.