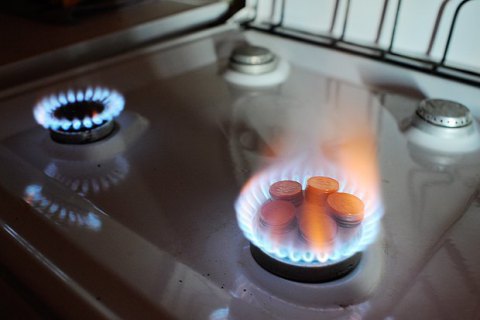 The Ministry of Energy and Coal Industry asked the Cabinet of Ministers to revise the methodology for determining the price of gas for the population from April 2018, which will lead to a hike in the price of gas.

The draft Cabinet resolution unveiled by Ukrainian News on Wednesday, 17 January, suggests departing from the principle of determining utility gas tariffs and revising it every six months, depending on import parity.

The price of gas will be determined for a year from April to April as the average price of imported gas in the German gas hub save the cost of transit to the Ukrainian border over the six months of the previous year – from April 1 to September 30 – and expressed in hryvnya at the exchange rate as of the period of purchase.

Ukrainian News learned that under the new method, the gas price for the population may increase by 8.3% from April 1, ie from 4,942 hryvnya to 5,352 hryvnya per thousand cu m and will be in effect until April 1 next year.

Later, the agency said with a reference to the "calculations of market players" the gas price will soar from 6,958 to 7,999 hryvnia per thousand cu. m, ie by 15%. Apparently, the later estimate takes into account VAT and transportation costs.

The Cabinet on October 1, 2017, was supposed to increase gas prices for the population and heat and utility companies in accordance with the price hike in European market. The government then refused to raise tariffs and sent a proposal to the International Monetary Fund on revising the price calculation formula.

The current utility gas tariffs have been in effect since May 2016.