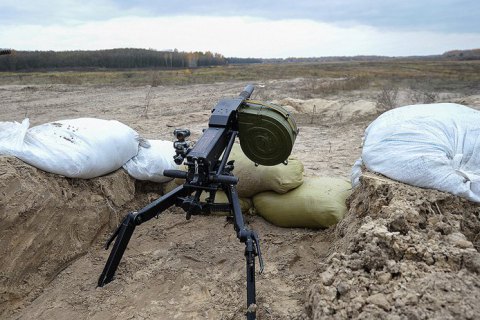 Over the past day, Donbas militants have violated the ceasefire in the antiterrorist operation (ATO) area in Donbas seven times. Three Ukrainian soldiers were killed, five more were wounded amid enemy shelling, the ATO press centre reported on Facebook on Thursday, 18 January.

In the Luhansk sector, militants intensified fire in the area of the Svitlodarsk salient during the dark hours. They also shelled the village of Luhanske with grenade launchers and 120-mm mortars.

"The enemy was especially active in the suburbs of the front-line city of Avdiyivka where the terrorists were firing for more than an hour with 120-mm mortars, grenade launchers, heavy machine guns and small arms. Opposite Hranytne, the illegal paramilitary groups fired infantry weapons," the ATO report says.

"As a result of an attack, one Ukrainian soldier was killed yesterday. Also, two our servicemen were lethally wounded in combat and five sustained combat injuries," the ATO HQ said.

On the evening of 16 January, service teams began repairing a fibre optic cable in the territory of the Luhansk and Donetsk regions not controlled by Ukraine, which was damaged by shooting.