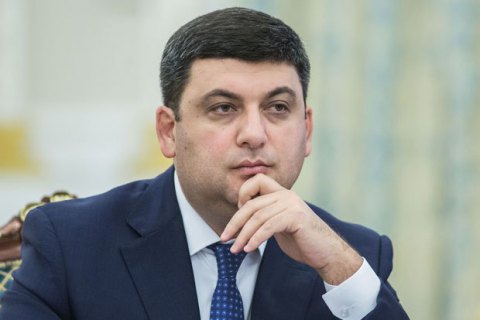 Prime Minister Volodymyr Groysman has said his government is looking forward to further cooperating with the International Monetary Fund.

"We are ready for further cooperation with the International Monetary Fund and will fully support our economic development," Interfax-Ukraine quoted the prime minister as saying after meeting representatives of German companies working in Ukraine on 18 January.

Groysman said his government was awaiting the adoption of legislative decisions on large-scale privatization based on English law and the creation of the Anticorruption Court in the near future.

On 11 January, the Yevropeyska Pravda news website published a letter from the head of the IMF mission in Ukraine to the chief of presidential administration, Ihor Raynin, and his deputies, in which he harshly criticised the presidential bill on the top anticorruption court.

The letter reads that a number of provisions of the bill are incompatible with Ukraine's commitments under the programme of cooperation with the IMF and contradict the recommendations of the Venice Commission. The IMF said it was ready to help Poroshenko's administration to rework the bill.

In response, the presidential administration pointed out that the bill had been drafted in accordance with the recommendations of the Venice Commission and should be discussed in parliament.