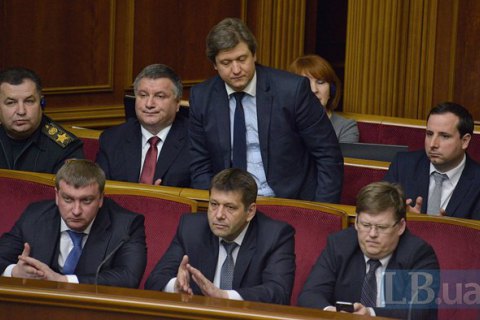 Ukraine can remove Estonia and Latvia from the list of states whose transactions with counterparties are subject to control under the law on transfer pricing, Finance Minister Oleksandr Danylyuk told parliament on Friday, 19 January.

Danylyuk said that the decision to include these states in the list has been adopted and discussed with the ambassadors of Estonia and Latvia.

"These two countries – Estonia, a few years ago, and Latvia, since January this year, adopted mechanisms on the taxation of corporate profits on the withdrawn capital. Such profits are not taxed before they are distributed, eg as dividends. In the meantime, some of our legislative requirements are in conflict with the law. But it is not a conflict with friendly states," Interfax-Ukraine quoted the minister answering a question by MP Oleksandr Kodol (People's Front).

Danylyuk said his ministry is working to resolve this issue given that Ukraine intends to introduce a tax on the withdrawn capital in 2019.

"We are in contact with the embassies and finance ministries of these countries," he said.

Estonia, Latvia and 17 more states and territories have been on Ukraine's anti-offshore control list since 1 January 2018.

Foreign jurisdictions were added to the list as the criteria for its formation changed. The list included states and territories with corporate profit tax rate 5 percentage points lower than in Ukraine (ie, below 13%); the states with which Ukraine has not concluded international treaties with provisions on the exchange of tax information; and the states whose authorities do not provide timely and accurate exchange of tax and financial information on the request of Ukraine's fiscal agencies.

When choosing the criterion for the rate of corporate income tax that is 5 percent or more lower than in Ukraine, the government took into account not only the basic rate, but also preferential rates for individual industries, territories, and types of activities.

Under the Ukrainian law "On amendments to the Tax Code of Ukraine on transfer pricing", enacted on 1 September 2013, the transfer pricing rules apply to controlled transactions with residents of low-tax jurisdictions (with income tax rate 5 percentage points and more lower than in Ukraine).