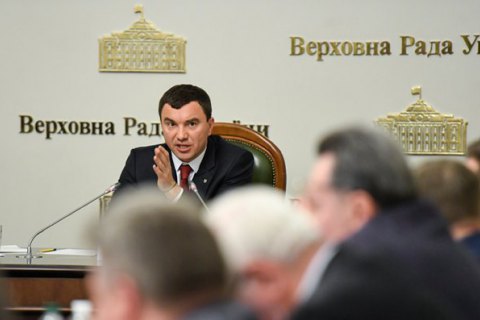 Ukraine has moved to international standards in the field of privatisation, which opens vast opportunities for economic growth and attracting investment, a deputy head of the People's Front faction and chairman of the parliamentary committee on economic policy, Andriy Ivanchuk, said on 19 January, commenting on the bill on privatisation of state property passed by parliament a day earlier.

He noted that the new law complied with all international norms and had been approved by the IMF, the EBRD and other international partners.

"This law sends a good signal to all investors who can come in and buy state-owned enterprises, which remain a trough for corruption today," said Ivanchuk.

"We want to put an end to this and make it impossible for government officials to influence the process of selection of investors [and scrap] 'manual control' mechanisms opening loopholes for abuse," he added.

"For 27 years, we have been told it was not the right time to sell state assets. They keep talking about geese that lay the golden eggs, but when you look at financial results, you do not find any golden eggs in terms of tax revenues, access to international markets, or decent salaries for workers," said Ivanchuk.

He said the governments of Arseniy Yatsenyuk and Volodymyr Groysman had taken a course to ensure transparent privatisation, and parliament took a step to take it to another level.

"By introducing a transparent mechanism of privatisation, we have made a statement that we are ready to ensure civilised rules of privatisation of state property. After the bill is signed, it will be a different country," the MP stressed.

"This law introduces transparent descending-price auctions without discriminatory provisions. In addition, the bill explicitly says that representatives of the aggressor country will not be able to participate in privatisation auctions," Andriy Ivanchuk concluded.