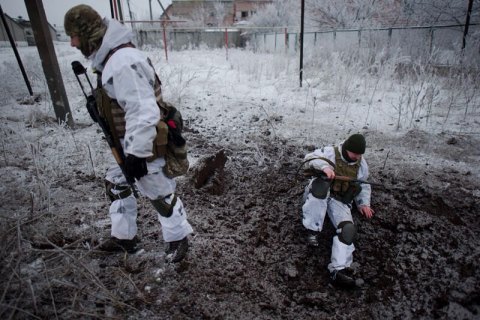 One Ukrainian soldier was killed and one wounded as a result of five shooting attacks by pro-Russian militants in Donbas on 25 February, the antiterrorist operation (ATO) HQ said its evening update on Facebook.

"In the Luhansk sector, the enemy used 82-mm mortars to target our defenders' positions near Zaytseve. The enemy fired with grenade launchers and small arms on Ukrainian strongpoints in the area of Krymske and Novoluhanske," the report reads.

None of Ukrainian servicemen was hurt as a result of four attacks on 24 February.