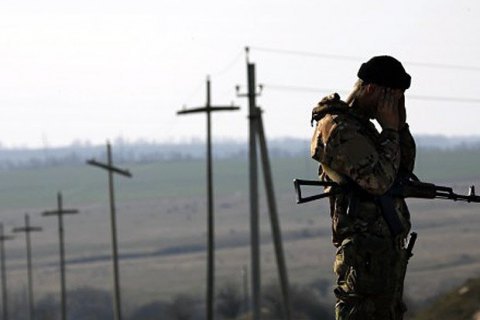 Sixteen Ukrainian servicemen have committed suicide since the beginning of 2018, chief military prosecutor Anatoliy Matios has said, referring to data from the Single Register of Pre-Trial Investigations.

Last week Matios said in a TV interview that "two to three persons on average commit suicide every week".

The head of the main department for moral and psychological support of the Armed Forces of Ukraine, Oleh Hruntkovskyy, said that "information that two to three servicemen on average commit suicide in the combat zone in Donbas is not true".

Matios, however, insists that he is right.

"I'm deeply said to have to prove the Defence Ministry's general wrong. Because of military prosecutors' careless and sloppy work, Hruntkovskyy's units have to 'work' with the dead rather than alive personnel of the Armed Forces of Ukraine. During the two months of this year, two suicides per week (16 suicide victims) are scanty data of the Single Register of Pre-Trial Investigations, which are unbiased as no-one else," he said.

According to the General Staff's official report, the suicide ratio in the Ukrainian army is 0.007% per 100,000 servicemen.