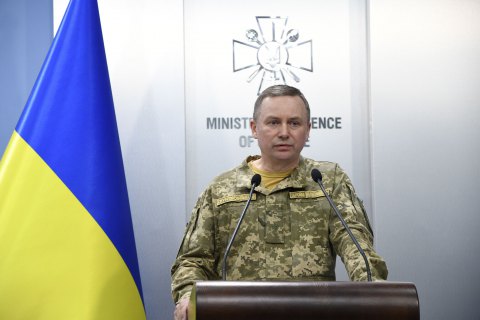 The General Staff of the Armed Forces has classified information on the number of suicides in the army, but it said that it certainly did not amount to two or three cases per week, as chief military prosecutor Anatoliy Matios said earlier.

Oleh Hruntkovskyy, the head of the main department for moral and psychological support of the Armed Forces, made this statement at a briefing on 23 February.

"Recently, some media have been circulating somewhat distorted reports. The reports that two to three servicemen on average commit suicide in the Donbas combat zone on a weekly basis are not true," he said.

He did not disclose suicide statistics, saying it is classified. "This information is for official use," he said, adding that it is not at variance with the law "On access to public information".

Hruntkovskyy said that the suicide rate in Ukraine is 0.007% per 100,000 military, which corresponds to the world practice, according to RBC Ukraine.

Hruntkovskyy also noted that the statistics of military suicides this year has not changed much compared with the same period in 2017.

"The most sensitive problem is the loss of personnel due to suicides. The number of suicides in the army went down by 20% in 2016-2017. At the same time, this problem is in the focus of attention of chiefs on all levels. In Ukraine, the suicide rate is 0.007% per 100,000 military, which corresponds to the world practice. The cases of "bringing to suicide" have not been registered," Hruntkovskyy said.