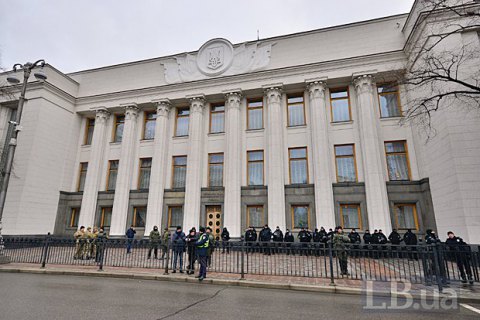 At its evening session on 20 March, parliament amended the law of Ukraine on the protection of public offices and officials by banning MPs from bringing arms to parliament.

Under the bill, it is forbidden bring cold and small arms, explosives, ammunition and so on to parliament, the presidential administration, the Cabinet of Ministers and other offices under state protection. Only state security guards may wear arms there.

As reported earlier, MP Nadiya Savchenko reportedly brought several grenades and a pistol to parliament on 15 March. This happened after the Prosecutor-General's Office had accused her of plotting terrorist acts, including a massacre of MPs.