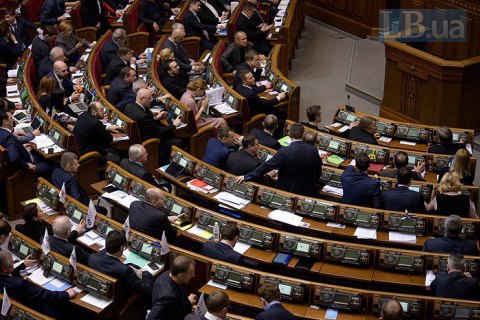 MPs Maksym Burbak and Heorhiy Lohvynskyy have registered a draft resolution according to which Ukraine does not recognize the legitimacy of the Russian presidential election, its results and acts of Vladimir Putin elected thereby.

The resolution may be adopted as soon as tomorrow, the head of the parliamentary committee for foreign affairs, Hanna Hopko, told LB.ua.

She added that the committee would meet on the morning of 20 March to discuss the resolution. It could be put to vote later in the day.

"Our position remains unchanged. The Russian presidential election is illegitimate because they were held in Crimea. We did what we had to before the election. Now we need to react," she added.

Burbak and Lohvynskyy are member of the People's Front coalition faction. Burbak is the faction chairman while Lohvynskyy is a member of Ukraine's delegation to the PACE.