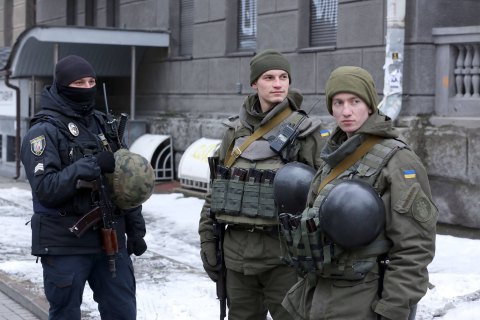 The Interior Ministry has stepped up security measures in Kyiv as of Friday evening.

According to the ministry's press service, additional reinforced patrols of the National Police and the National Guard as well as canine experts and conflict settlement teams have been deployed on round-the-clock duty "to prevent crimes and curb attempts to destabilize the situation".

Mikheil Saakashvili's Movement of New Forces plans to hold a march for the impeachment of President Petro Poroshenko on 18 March.

The same day, Russia will be electing the president. Ukraine banned Russian citizens from voting in the Russian embassy in Kyiv and consular offices in Odesa, Lviv and Kharkiv. These offices will be guarded by police and the National Guard.

To add fuel to the fire, MP Nadiya Savchenko recently called for toppling the government.