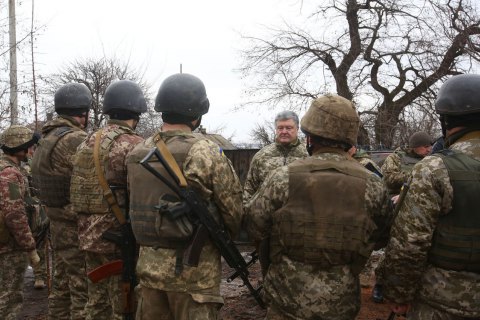 President Petro Poroshenko has called on Russia to "shut up and go away" as he was visiting the antiterrorist operation.

"The Kremlin's 'chemical attack' is nothing else but an attack on the sovereignty of the state. Our message to Russia is the same as the message delivered on Thursday by Defence Secretary Gavin Williamson: Shut up and go away," he tweeted.

Williamson was commenting on Moscow's reaction to the expulsion of Russian diplomats from Great Britain over the case of Russian ex-spy Sergei Skripal's poisoning with a nerve agent in Salisbury.