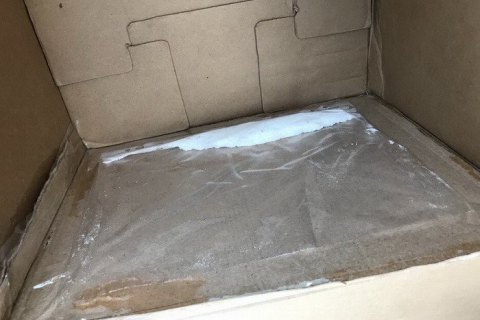 The Security Service of Ukraine (SBU) has blocked the smuggling of a large consignment of cocaine in Kyiv Region.

It established that a Kyiv resident with criminal record ordered cocaine from a friend in Central America. The "goods" were delivered to Ukraine with foreign cargo shipments. Using his connections in the underworld, he sold drugs in various regions of Ukraine with the help of couriers, according to the SBU website.

SBU operatives detained him at the Kyiv customs office in the town of Boryspil as he was receiving a parcel. The law enforcers seized more than 5 kg of cocaine, which was hidden in boxes with roller skates. Its cost on the black market is more than 8m hryvnyas [0.30m dollars].

Other persons involved in this illegal scheme are being identified.

According to a later report, the detainee turned out to be a well-known hacker sentenced to eight years in prison in the United States, the press service of the Kyiv prosecutor's office said on Facebook.

According to the prosecutor's office, he is looking at 10 to 12 years of imprisonment and confiscation of property.

After the hacker was sentenced to eight years in prison for cyber fraud and embezzlement of about 15m dollars in the USA, he was deported to Ukraine.

A measure of restraint is being selected for him.