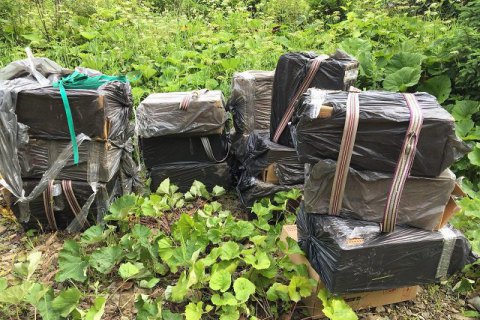 Border guards of the Chernivtsi detachment had to make warning shots to stop trespassers on 20 June, the press service of the State Border Service has said.

A day earlier, the State Border Service said a group of unidentified persons attacked a border team in Chernivtsi Region. To stop their illegal actions, the border guards opened fire.

"Today a border team in the same direction, 100 m from the border, had to stop another group of people with packets by opening warning fire in the air. Running away from the border guards, the smugglers left 20 boxes of cigarettes behind. Border guards of the same team seized 10 more boxes of tobacco products in a different direction later," it said.

Search for the smugglers is underway.