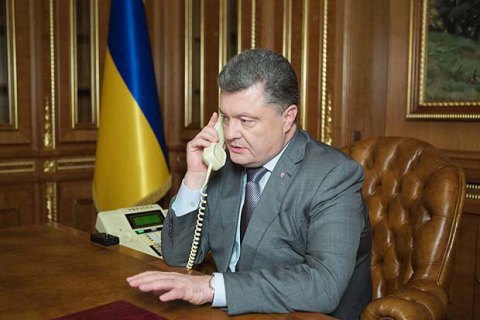 Ukrainian President Petro Poroshenko has held a telephone conversation with Russia's Vladimir Putin, during which he demanded the release of all Ukrainian political prisoners held in Russia and territories it occupied.

He said Russia must deliver on its commitments under the security part of the Minsk agreements.

"It was also emphasized the importance of intensifying the work in the Normandy format in order to agree the concept of deployment of an international UN peacekeeping mission in the occupied territory of Donbas as an important instrument for the implementation of Minsk agreements," Poroshenko's press service said.