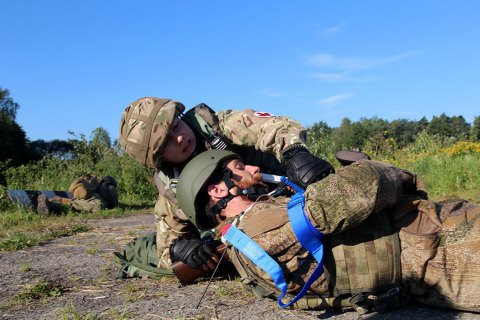 The Defence Ministry has said it is planning to form a comprehensive approach to the evacuation of the wounded and create a single body that will manage medical evacuation during combat.

This project is being run in cooperation with representatives of volunteer organization which helped the evacuation of the wounded in Donbas and have signed contracts to serve in the Armed Forces.

"The first experimental medical evacuation squad is being formed on the basis of a military medical institution of the Armed Forces of Ukraine. Volunteers who have had experience in combat, evacuation and delivery of medical aid to the wounded in engagements in the country's east are involved in the formation of the unit," it said.

The new system of medical evacuation is open to participation.

The General Staff earlier said that it was going to accredit volunteers helping servicemen in the Joint Forces Operation in Donbas.