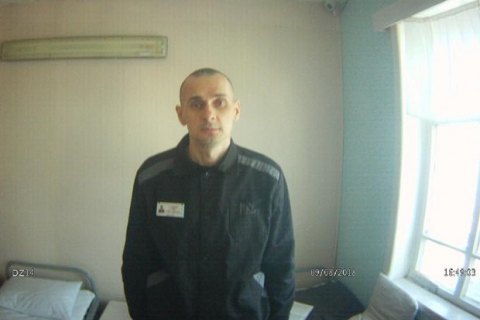 The Russian Federal Penitentiary Service has denied reports that Ukrainian film director Oleh Sentsov, who is serving a term on made-up charges in Russia's Labytnangi, had left his colony, according to Interfax.

It said Sentsov is in the colony and continues his hunger strike.

Earlier, Russian journalist Viktoriya Ivleva said on Facebook that he might be on a plane that took off from Salekhard, the next big city to Labytnangi.

Ukrainian ombudsperson Lyudmyla Denisova suggested prison staff may have "joked" and misled journalists and citizens "who believe they have established contacts with colony workers".

She added she talked to her Russian counterpart Tatyana Moskalkova who said Sentsov's condition is what it has to be after three months of a hunger strike and that he is transportable.

Oleh Sentsov has been on a hunger strike in a Russian colony since mid-May 2018, demanding the release of all Ukrainian political prisoners held by Russia.