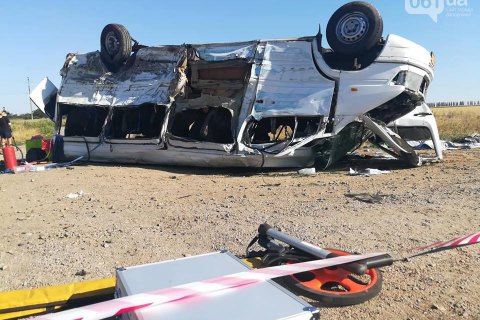 Six people were killed and 12 injured as a truck hit a shuttle bus near the village of Kamyanske, Zaporizhzhya Region.

There were around 20 people in the shuttle bus.

The 31-year-old driver of the truck, whose braking system may have failed, was detained.