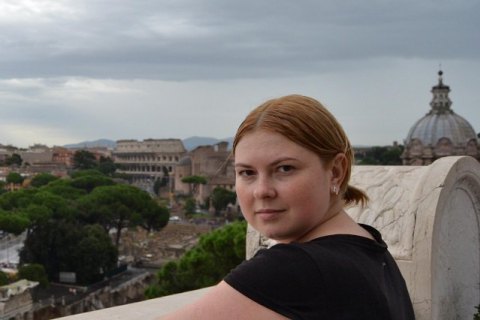 An attack on Kherson activist and blogger Kateryna Handzyuk was masterminded by representatives of law-enforcement agencies and public offices, Prosecutor-General Yuriy Lutsenko said in a comment to his 3 August post.

Handzyuk, who is also an aide to the Kherson mayor, had acid splashed at her on 31 July.

A screenshot from the database Lutsenko published says that "the especially severe attempt on Handzyuk's life was committed on the order of representatives of law-enforcement agencies and public offices with assistance from separatist organisations in southern Ukraine in order to destabilize the social and political situation there".

The Security Service of Ukraine (SBU) opened a case on this count on 7 August, although on the day of the attack Lutsenko said the case had been handed over from police to the SBU.

Earlier, police said they had detained the attacker, however, journalists and public activists doubt he is the one.

On 8 August, police said they had located the place where the acid used against Handzyuk had been bought.

"Over 530 bottles containing this substance were found and confiscated. The person who sold the acid was identified and interviewed," criminal police chief Vyacheslav Abroskyn said.