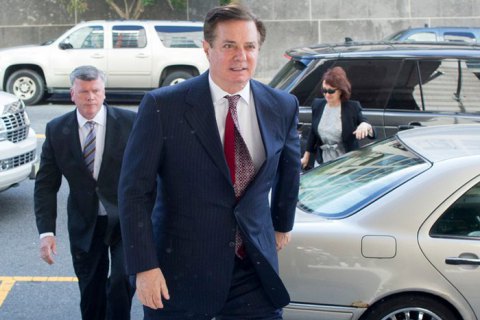 US political consultant Paul Manafort offered his services to presidential candidate Petro Poroshenko's team in 2014, but they were rejected, a member of the Petro Poroshenko Bloc parliamentary faction, Ihor Hryniv, has said, according to Interfax-Ukraine. He was a deputy head of Poroshenko's 2014 election campaign.

"Did I meet Manafort in 2014? Yes, I did. Did he say he would like to work in the [election] campaign? Yes, he did… How long did the meeting last? Let's say, three hours. And everything ended there," Hryniv told Interfax-Ukraine.

Speaking about the reasons for turning down Manafort's services, he said: "I do not want to offend anyone, but the proposal was not accepted ... And, second, let's clearly understand that this was unacceptable. I really believe not only Yanukovych should answer for everything that happened in the country [when ex-President Viktor Yanukovych was president]," Hryniv said.

Western media earlier reported that Tad Devine, the first witness in the case against Manafort, told the court on 31 July that Manafort's partner, Richard Gates, suggested he work for Poroshenko. In turn, Gates said in court that Manafort assisted Poroshenko during the 2014 election campaign.

Manafort is accused of tax evasion exceeding $30m during the period when the lobbyist worked for Ukraine's Party of Regions and disgraced ex-President Viktor Yanukovych.

US prosecutors allege Manafort did not pay US taxes on millions of dollars, which he received from the Ukrainian government and Ukrainian oligarchs. These funds were paid to Manafort for his work for Yanukovych. After Yanukovych fled the country in 2014, Manafort's income dried up, according to the daily British newspaper The Guardian.

According to the Western media, Manafort can be sentenced to 305 years in prison in the event that he is found guilty of all the charges brought against him.

The charges against Manafort were pressed in the framework of the investigation headed by US Special Counsel Robert Mueller, who has been tasked with investigating Russia's possible meddling in the US 2016 presidential election and other crimes.