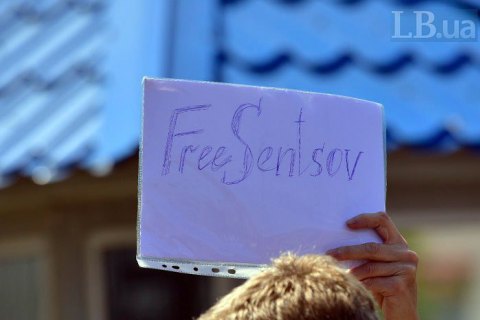 Ukrainian film director Oleh Sentsov, who is serving a term on made-up terrorism charges in Russia's Labytnangi colony, is in bad shape with a very low level of hemo globin resulting in anaemia and a very weak pulse of around 40 bits per minute, lawyer Dmitriy Dinze said, according to Hromadske.

The lawyer said that Sentsov had heart problems. The colony staff made two attempts to persuade him to go to hospital. A very hot spell in Labytnangi does not work well for his health either.

Asked whether Sentsov is going to stop his hunger strike, Dinze said his client had no such plans.

Sentsov does not want to be transferred to a regular hospital in Labytnangi because "the head of the emergency ward is aggressive towards him and may only do him harm".

Dinze does not want his client to be moved anywhere out of concerns that he "will simply not make it through the move and may die".

On 14 May 2018, Sentsov announced a hunger strike demanding that all Ukrainians held in Russia for political reasons be released.