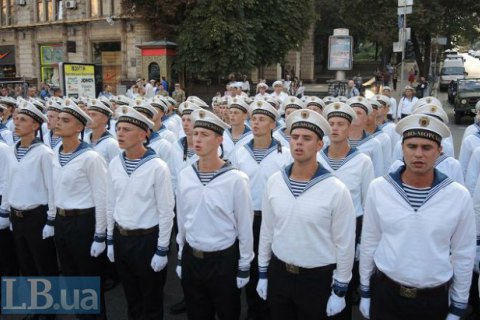 On the instruction of President Petro Poroshenko, the Defence Ministry is preparing a new bill to replace the military salute "Long life" with "Glory to Ukraine". Although parliament will not have it passed until Independence Day, the new salute will be used at the Independence Day parade.

"During the parade we will show that it is more Ukrainian, close to our nature," Defence Minister Stepan Poltorak told Ukrinform.

A march of Ukrainian nationalists called "We were born in a great hour" will be played during the parade.

The salute "Glory to Ukraine" emerged in the times of the Ukrainian People's Republic (1917-1921) and the reply "Glory to Heroes" was used by the Ukrainian Insurgent Army.