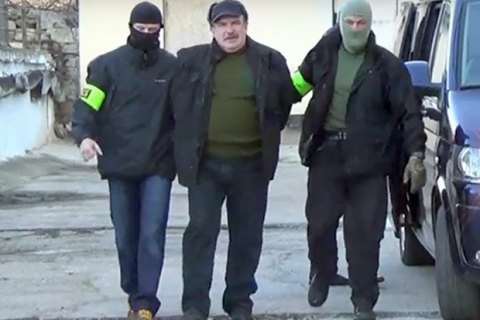 A member of the Russian public supervisory commission, Yevhen Yenikeyev, who broke the news, said that Parkhomenko had been refusing food for 18 days now.

"Parkhomenko told us that during the detention he was 'hit against the floor' but he could not describe the use of physical force against him because he was cut short by a deputy head of the regulations and security department, Nikolay Ivanov. Leonid Parkhomenko has been on a hunger strike for 18 days," Yenikeyev said.

He added that when Parkhomenko started explaining the reasons for the hunger strike, he said that "as a result of investigator's actions, intimidation of my family began" but was interrupted again by Ivanov who ordered that Parkhomenko be taken back to his cell.

The ex-serviceman was detained in Sevastopol in November 2016. The Russian Federal Security Service (FSB) accused him of acting on an "assignment of the Main Intelligence Directorate of the Ukrainian Defence Ministry, collecting and transferring state secrets about the Black Sea Fleet to a foreign special service". He was charged with high treason under the Russian law and has already spent 20 months in a remand centre.

The Ukrainian Defence Ministry said there were no scouts or saboteurs in Crimea. Parkhomenko is not mentioned among political prisoners or on exchange lists.