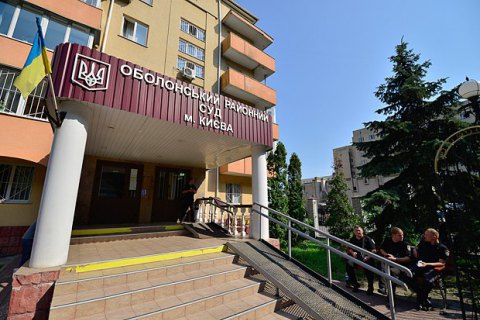 Viktor Ovsyannykov, the state-assigned lawyer for ex-President Viktor Yanukovych, and newly hired lawyer Oleksandr Baydyk have disrupted the debates in the treason case, which were to begin in Kyiv's Obolonskyy district court.

Ovsyannykov attended a session on 1 August and started to demand enough time to study the case files. He said that he had been following the trial on TV but had not seen the files at all.

The prosecutor was presenting their position and the court did not react to the lawyer's remarks.

Both lawyers then simply left the room and the judge had to call a break until 2 p.m.

Judge Vladyslav Devyatko said he would file a complaint against the assigned lawyer who left the courtroom without a permit.

Kyiv's Obolonskyy district court assigned the lawyer to Yanyukovych after his four lawyers refused to take part in the debates.