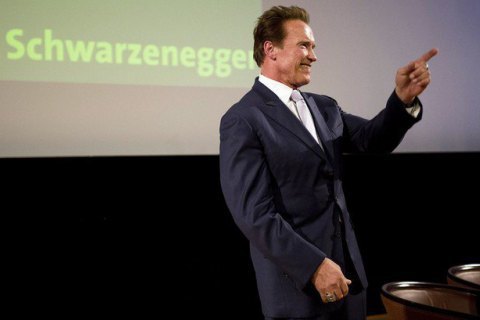 A Hollywood celebrity and ex-governor of California, Arnold Schwarzenegger, will visit Kyiv in the coming two months, mayor Vitaliy Klitschko said at the morning show on One Plus One TV on 1 August.

"Two days ago, I talked to Schwarzenegger on Skype. It was his birthday. I congratulated him. He told me that he would come to Kyiv in the coming two months. I have invited him," he said.

"He is indeed an international celebrity, a former governor of the state of California. I am confident that he can give an advice and have a chance to visit one of the most beautiful cities in the world," Klitschko added.

In 2014, Schwarzenegger spoke in support of Klitschko and Ukrainians in their fight for democracy.

In June, he visited Ukraine's WBA lightweight champion Vasyl Lomachenko in a hospital.