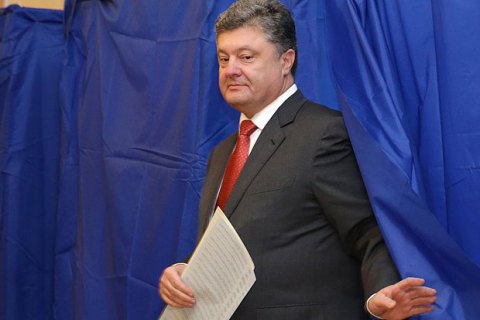 The PPB has already formed an election campaign HQ headed by Ihor Hryniv.

"Petro Poroshenko is a presidential candidate in his own HQ. Perhaps he is more than just a candidate. Because final and basic decisions cannot be taken without him," Berezenko said.

He added that Poroshenko is "unlikely" not to run in the election.

Poroshenko has not publicly announced his re-election bid. However, on 25 May, speaking at the National Investment Council, he hinted at his participation in the 2019 election.

In February 2018, when an LB.ua asked him about a Plan B in case he is defeated in the presidential election, Poroshenko said he had had "never lost a single election campaign in his life".

Earlier, he said that his decision on participation in the election would depend on how successful the first half of 2018 was.

According to recent surveys, Poroshenko is not a frontrunner.