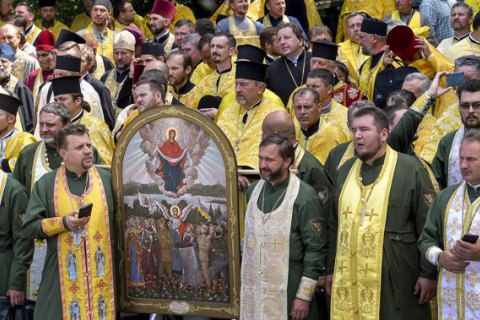 Russia does not have church property in Ukraine, and after the recognition of the united Ukrainian Orthodox Church, the latter will receive the Kyiv Pechersk Lavra and Pochayiv Lavra monasteries, the head of Ukraine's Orthodox Church (Kyiv Patriarchate), Filaret, has said, according to Interfax-Ukraine.

"Therefore, Russia has no church property in Ukraine," Filaret said.