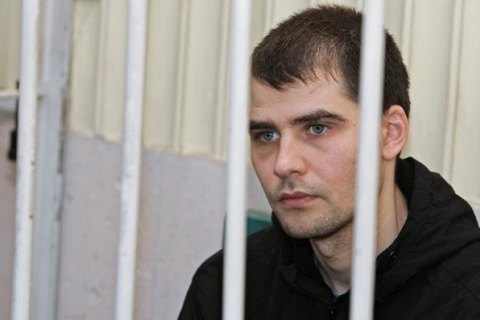 "He is already under the protection of Ukrainian authorities. Oleksandr is with the Ukrainian consul and they are heading for Moscow to the Ukrainian embassy in the Russian Federation. He is under the jurisdiction of our country. I'm in contact with the consul, keeping the situation under control," Denisova said.

He had been serving a term in a penal colony in the Russian town of Kirovo-Chepetsk.

According to Russian investigators, during the "mass riots" in Kyiv on 18 February 2014, Kostenko inflicted heavy bodily injuries on an employee of the Crimean Berkut riot police. He had an illegal rifled barrel.

Kostenko did not plead guilty. Following an appeal, he was convicted to three years and six months in prison.