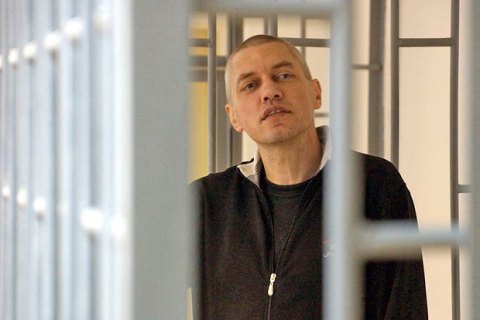 Ukrainian ombudsperson Lyudmyla Denisova has spoken with the mother of Ukrainian political prisoner Stanislav Klykh sentenced in Russia. Tamara Klykh had a chance to talk to her son over the phone and check on his health, Interfax-Ukraine said.

"She said she had finally talked to the son over the phone. Stanislav is already in a colony. Tamara repeatedly asked for a chance to talk to him but was denied it. Stanislav said that in a mental hospital, he had been 'pumped' with psychotropic substances and that he does not know how this is going to influence his condition in the future. In Tamara's words, Stanislav is balanced. He said that his kidneys are in bad pain, most likely as a result of a trauma," Denisova said.

On 26 May 2016, the Supreme Court of Chechnya sentenced Ukrainians Mykola Karpyuk and Stanislav Klykh to 22.5 and 20 years in prison respectively for their participation in the first Chechen war as part of the UNA-UNSO nationalist organization fighting on the side of Chechen rebels.

Karpyuk and Klykh are to spend 10 and 9 years in prison respectively, after which they will be sent to a heightened security colony.

On 4 July 2018, Russian rights activist Tatyana Shchur said Klykh was placed in a mental facility in Magnitogorsk without his permit.

Tamara Klykh said she last talked to her son on 7 June. He told her about his health and said that he was going on a hunger strike in solidarity with Ukrainian film director Oleh Sentsov, who was also convicted in Russia.