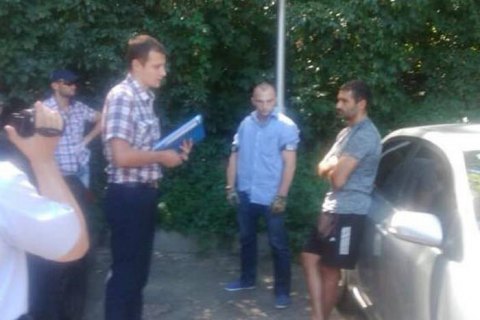 The Prosecutor-General's Office (PGO) has detained businessman Oleksiy Tamrazov, PGO head Yuriy Lutsenko has said. Tamrazov was the first deputy board chairman of the Ukrgazdobycha gas extraction company from 2010 to March 2014.

According to Lutsenko, he was detained "while trying to give an illegitimate award of 200,000 dollars to a PGO prosecutor for assistance in lifting the arrest on the property in a criminal case on the operations of Viktor Yanukovych's criminal organization".

Lutsenko's press secretary Larysa Sarhan specified that the operatives caught Tamrazov red-handed when he was offering a 100,000-dollar bribe.

The money was to be handed over to the deputy head of the PGO department for international legal cooperation to prevent a repeat arrest of natural gas stock.

Tamrazov is believed to be a beneficiary of Western Oil and Gas Company formally registered with his business partner Serhiy Chornyy.

Tamrazov was once the head of the People's Platform party. He is into car sports and used to be a member of Ferrari Team Ukraine associated with Viktor Yanukovych Jr. and Ruslan Tsyplakov. He has his own team, AT Rally.