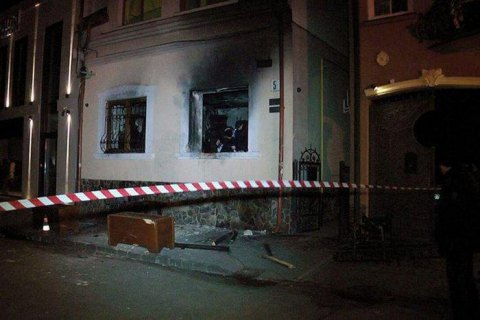 On 8 August, the Security Service of Ukraine (SBU) detained a suspected mastermind of the 27 February attack on the Hungarian culture centre in Uzhhorod.

The man who was detained in Dnipropetrovsk Region was placed into custody without a bail option, the Transcarpathian regional prosecutor's office has said.

A fire caused by an improvised explosive device broke out in the Uzhhorod office of the Hungarian culture centre in Transcarpathian Region in the early hours of 27 February. Some property, including furniture, was burnt.

Two suspects were detained in May 2018.

The culture centre faced another attack, this time with a petrol bomb, on 4 February. Police suspected two members of the far-right Polish group Falanga of involvement.