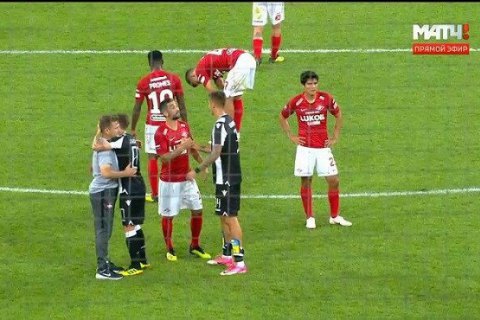 Ukraine's Yevhen Khacheridi playing for the Greek football club PAOK approached the stalls of Spartak Moscow fans, who were upset by their team's failure to score any goal at home, and pointed at his yellow-and-blue ankle guards. This happened after the referee's final whistle.

Khacheridi posted the photo of his act on Instagram.

He was among the first to leave a Moscow stadium through a back exit and refused to talk to journalists.