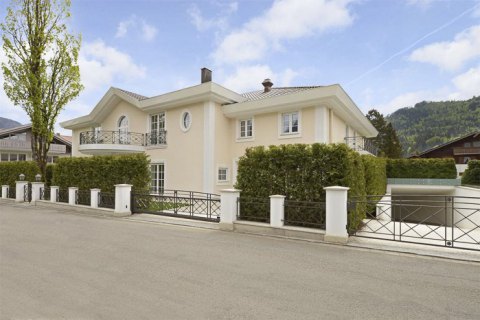 Viktor Karachun, a co-owner of the ATB retail chain, is buying the German mansion Villa Glory in Garmisch-Partenkirchen, which is owned by fugitive Ukrainian businessman Mykola Huta, who used to manage the Mriya agricultural holding, Deutsche Welle has reported.Huta was selling the villa for 13m euros but Karachun managed to push the price down to 8.6m euros.

Formally, the seller is Huta's wife Viktoriya acting on behalf of the Cypriot company Zapatoustra Holdings Limited which has the villa on its books.

The sales agreement was signed but the deal was blocked by a Nicosia court acting on the request of Mriya's creditors.

Karachun said that he is ready to wait for as long as required. "I have leased the villa for now," he said.

Huta bought a land plot of 3,700 sq.m. in Garmisch-Partenkirchen for 3.3m euros and built a posh mansion there. The Mriya holding managed by Huta was doing fine at the time. In 2014, after the change of power in Ukraine, the company defaulted, having failed to service a debt of 1.3bn dollars.

Soon after the default, Huta and his family moved to Switzerland. In Ukraine, he is a suspect in the case of especially large fraud, with a prospect of a long-term prison term.