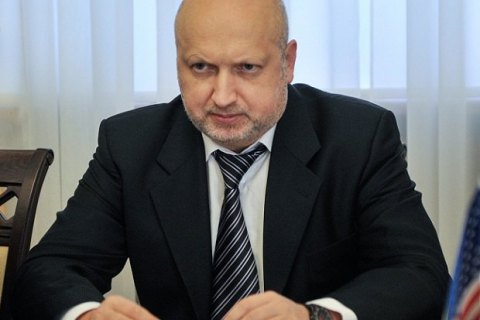 The secretary of the National Security and Defence Council (NSDC) of Ukraine, Oleksandr Turchynov, has said the Russian Defence Ministry concocted and presented yet another fake report on MH17, the Malaysia Airlines Boeing shot down over Russia-occupied Donbas in July 2014.

"The Russian Defence Ministry has presented a new fake story about Ukraine's alleged involvement in the tragedy with the Malaysian Boeing," he was quoted by the NSDC's press service as saying.

He was commenting on the Russian report that alleges that the missile used to down the plane was Ukrainian.

"As far as I remember, this is perhaps a ninth or tenth theory, which the Russian military and politicians have been trying to impose on the international community to cover up their involvement in this terrible crime," Turchynov said.

"[They have invented] a Spanish air traffic controller, a Ukrainian jet fighter, and air-to-air missiles, and there was a so-called former military who was on the airfield seeing the Ukrainian fighter taking off to shoot down the Boeing, and a lot of other lies [have been told]," he said. Such fake stories are designed to cover up the real criminals, Turchynov said.

"The fact that the real criminals are the Russian military and political leaders has already been proven both by an official investigation and by independent experts," he said.

The Russian Defence Ministry said on 17 September 2018 that the missile used in the Buk anti-aircraft missile system, which was used to down MH17 in 2014, was manufactured in the town of Dolgoprudnyy in Moscow Region in 1986 and sent off to a Ukrainian military unit in Ternopil Region in December 1986.