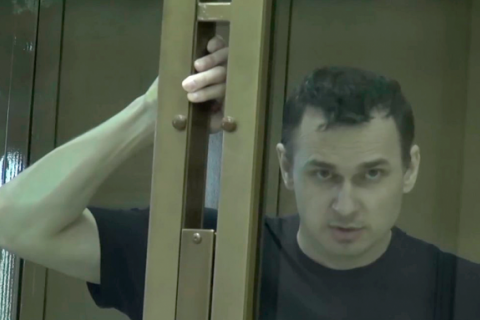 The Ukrainian parliament has taken a decision to nominate film director Oleh Sentsov, whom Russia jailed on trumped-up terrorism charges four years ago, for the Nobel Peace Prize.

"Considering the courageous behavior of Oleh Sentsov, who has been illegally held in the Russian Federation for four years over for expressing a heroic non-violent protest against the illegal occupation of the Autonomous Republic of Crimea, the city of Sevastopol and certain areas of Donetsk and Luhansk regions by the Russian Federation, for defending human rights and willing to sacrifice his life for the freedom of others, the Ukrainian parliament is nominating Oleh Sentsov for the Nobel Peace Prize," it said in a statement.

Sentsov, who is serving a 20-year term in Russia, went on a hunger strike in mid-May 2018, demanding that Russia release all Ukrainian political prisoners.