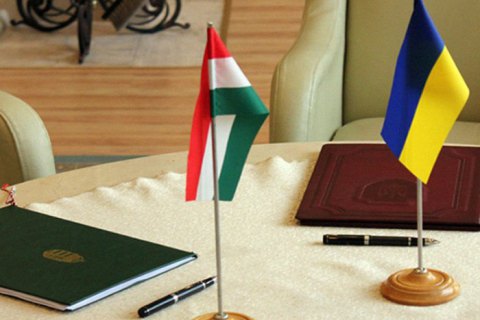 A delegation from Hungary discussed this at a meeting with representatives of Hungarian organizations of Ukraine in Transcarpathian Region, Igor Solovey says in an article "New dimensions of the Ukrainian-Hungarian conflict".

“A high-ranking Hungarian official, Arpad Potapi, said that Budapest was planning to pass an address to the European Commission and the EU Council, in which it would accuse Kyiv of 'violating' its obligations under the EU-Ukraine Association Agreement," the article says.

Arpad Janos Potapi is the Secretary of State for National Policy. The delegation also included the head of the Transcarpathian department at the State Secretariat of Hungary, Katalin Ljubka, the head of the office of state secretary Z. Kadar, as well as Hungary's general consuls in Uzhhorod - Jozsef Buhajla - and in Berehove - Matias Siladi.

They also discussed further coordination of international efforts to block the language clause of the Ukrainian law on education. Participants in the meeting agreed that during international events they will insist that the language regulations are “limiting” the rights of minorities.

The article recalls that the head of the Hungarian Culture Society in Transcarpathian Region Laszlo Brenzovych (Petro Poroshenko Bloc deputy) at a meeting with European Commissioner for Education, Culture, Youth and Sport Tibor Navracsics and President of the European Parliament Antonio Tajani in Brussels on 11 October complained that "Hungarians' position has never been so bad in the history of independent Ukraine".

Relations between Ukraine and Hungary became especially sour after a video showing Transcarpathian residents being issued Hungarian passports and asked to keep it secret was leaked online.