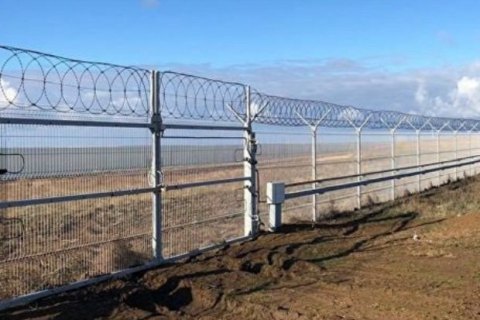 The Ukrainian Foreign Ministry has commented on reports on the construction of a fence along the administrative border between Crimea and mainland Ukraine.

"The construction of bridges, fences or barriers by the occupier state will not change anything in the status of Ukraine's Crimea. The legal responsibility of the Kremlin occupying regime for its crimes is inevitable," the spokesperson for the Ukrainian Foreign Ministry, Kateryna Zlenko, tweeted.

Earlier, the Russian Federal Security Service (FSB) announced that it had completed the construction of a fence between occupied Crimea and Kherson Region.