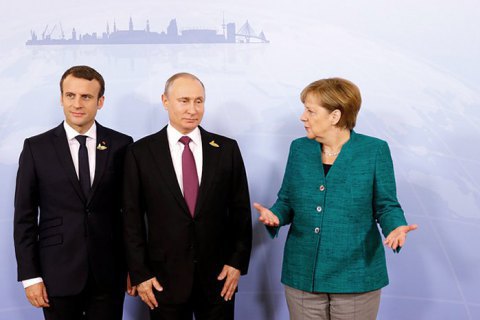 German Chancellor Angela Merkel and French President Emmanuel Macron have demanded that Russia release the Ukrainian sailors who were captured when three Ukrainian navy boats were seized near the Kerch Strait in the Black Sea on November 25, 2018.

"We demand safe, free and unimpeded transit for all ships through the Kerch Strait and the immediate and unconditional release of all illegally detained Ukrainian seafarers," Merkel and Macron said in a joint statement on Friday, December 28, as quoted by Reuters.

On 25 November, Russia attacked three Ukrainian vessels in international waters off the Kerch Strait, damaging the ships and injuring three sailors. It detained 24 Ukrainian sailors, including the injured ones, and arrested them for trespassing.

Ukraine repeatedly demanded that Russia release the sailors, who have declared themselves prisoners of war.