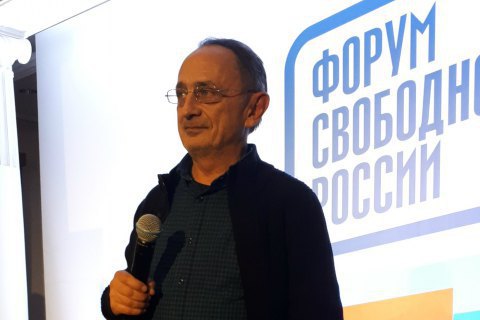 The Kremlin is already meddling in Ukrainian elections at four levels, seeking to devalue any achievements of the Revolution of Dignity and prove Ukraine incapable of independent development, a researcher at Prague's Charles University, Alexander Morozov, has said in an article for the Lithuanian news website Delfi.

"The Kremlin's main goal in global politics is to present the image of destabilized Ukraine, thus showing that the whole post-Maidan development of Ukraine ended up in a catastrophe, and nullifying the whole Euromaidan and all those forces which secured an important detachment of Ukraine from the environment in which the Kremlin is conducting its hegemonic policy, considering itself the 'master of Eurasia'," Morozov is confident.

In his words, before 2014 the Kremlin had not questioned Ukraine's sovereignty, relying on the concept of "soft power". After Yanukovych fled on 22-23 February 2014, Putin decided to help him leave Ukraine and the Russian Security Council authorised the annexation of Crimea, the Kremlin's entire policy with regard to Ukraine shifted from "soft power", economic blackmail and reliance on friendly big business in Ukraine to a global geopolitical conflict.

The first level is the influence of war. First of all, the Russian influence is manifested through the very act of aggression and the ensuing "routine of war" it creates. The war has a very deep penetration, producing several different reactions with political projection.

"The Kremlin media happily rely on regular cynicism, making any words and actions by Ukrainian, Russian or any foreign politicians look egoistic and guided by personal interests only. Politicians profit from wars while commoners want peace. This is a useful statement for Ukrainian political forces calling for reconciliation with Russia on its terms. This is an extremely useful statement for the Kremlin because it can build its propaganda on the thesis that "simple people in Ukraine want peace but politicians want war," Morozov said.

The second level is media influence. Even after the start of the war, the Kremlin's media potential to form the agenda has been far stronger in Ukraine than in any other country because nearly the entire population here speaks and understands Russian and shares a "culture keyboard" with Russia.

"The distribution by Russian media of any information about Ukrainian oligarchs, old or new political parties or backstage alliances, the hyping of negative reports about the Ukrainian economy on Russian news generators can easily be extended to Ukraine, both in expert journalism and through the grapevine. The main Russian media hubs keep the issue of Ukraine simmering," he said.

The third level of influence is exerted through political and economic groups which were formed in close connection with Russia during Putin's rule. These Ukrainian oligarchs can help pro-Russian candidates during the 2019 elections.

The fourth level of influence is exerted by so-called "pro-Russian" political parties. The Kremlin's direct influence on the Ukrainian elections is, above all, associated with the Opposition Bloc and political projects in its orbit run by Viktor Medvedchuk, Serhiy Lyovochkin and Yuriy Boyko. As regards the elections in Ukraine, the Kremlin plans to bet on the parliamentary rather than presidential election, hoping to boost its faction in Verkhovna Rada and make Medvedchuk a deputy speaker.

According to the pundit, the Kremlin's policy on the eve of the elections does not make it easier for pro-Russian parties to offer voters persuasive ideas on how to ease tension and ensure peace.