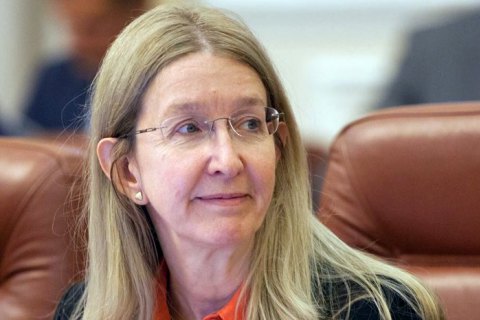 The Ukrainian government has expressed concern over the decision of the Kyiv district administrative court to ban Ulyana Suprun from acting as health minister.

"The government of Ukraine is concerned by the unprecedented pressure which has lately been exerted in various ways to stop the efforts to reform the health sector taken by the Health Ministry headed by acting minister Ulyana Suprun," the Cabinet of Ministers said in a statement published on its website.

"Upon its arrival at the ministry, this team has waged a war on corrupt schemes which had flourished there for years. In our opinion, this may be the main reason why a true war has been waged on Ulyana Suprun and her team. The Health Ministry, with support from the government of Ukraine, has started implementing the long-required changes," it said.

It went on: "Today all these efforts are put in doubt and everything is being done to bring the approaches which caused today's problem back to the sector. Therefore, we are deeply concerned by today's decision of the Kyiv district administrative court to suspend Ulyana Suprun. This decision will be appealed in a due procedure, and we will seek to invalidate it through a legally established procedure."