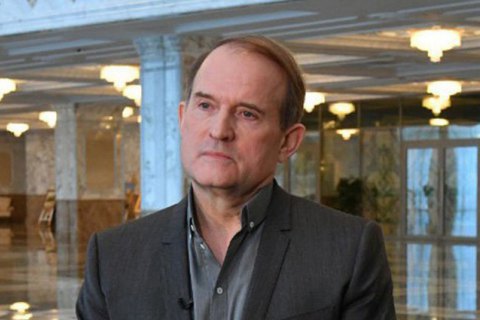 The godfather of Medvedchuk's daughter is Russian President Vladimir Putin.

He is suspected of committing crimes described by Article 110 Part 1 (encroachment on the territorial integrity of Ukraine) and Article 111 Part 1 (state treason) of the Criminal Code of Ukraine.

He recently suggested that Ukraine should form an autonomous region of Donbas, which may facilitate the legislative registration of the temporary occupation of Donbas and give a foreign state an opportunity to carry out sabotage against Ukraine, including in the information space.

The PGO acted in response to MP Andriy Teteruk's motion. He is a member of the People's Front party whose leader Arseniy Yatsenyuk on 2 February called on President Petro Poroshenko to "free Ukraine from Putin's kum [godfather of someone's children in relation to their parents]".

The case will be sent for investigation by the Security Service of Ukraine (SBU).