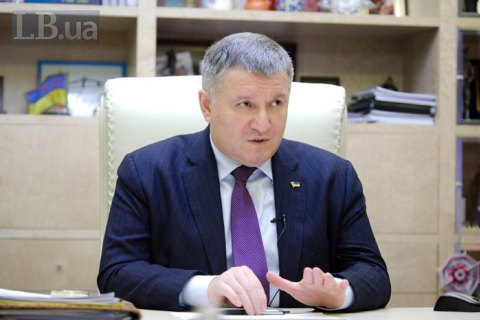 All participants in the presidential race, including incumbent President Petro Poroshenko, have tried to persuade Interior Minister Arsen Avakov to cooperate, he told LB.ua in an interview.

"All of them offered (cooperation - ed.). It is for you to decide whether it is a joke or not. I leave it to everyone’s discretion," the minister noted.

He did not disclose the specifics of Poroshenko's proposal:

"This is an incorrect, if not vulgar, question, I do not deem it possible to comment on it. I cannot be offered anything that contradicts my rules – there is nothing to promise me in elections in exchange for replaced principles. I will send anyone away. I will hold elections honestly - this is my ambition. It matches the ambition of the Ukrainian people, right? Then I insist on it, regardless of my personal likes and dislikes. It should be so, I was elected and then appointed for this. I have not forgotten, I remember that. I was not interested in these offers," the interior minister said.

Avakov said: "In the next government I will represent a large parliamentary faction, which delegates powers to me, as a member of the Cabinet, to competently carry out my duties."

"Today I am representing a faction of 82 people, and therefore I am a strong minister. I am implementing a complex structural, ungrateful but fundamental reform, doing structural projects and building a road for the new young personnel of the future. It is difficult. It requires energy to the full capacity… and faction support in parliament!.. Therefore, it is important for me if I can represent a powerful parliamentary group to achieve the stated goals, and not under which president I will work," he concluded.