Admission of new members to the United Nations is regulated by Article 4 of its Charter. In particular, it says that any state is accepted as a member of the UN based on the decision of the General Assembly on the recommendation of the Security Council.

According to Chapter X of the Provisional Rules of Procedure of the Security Council, its members shall decide whether an applicant state is peace-loving and able and willing to carry out the obligations contained in the UN Charter. If the Security Council approves the application, it shall forward the recommendation to the General Assembly. If it does not recommend the applicant or postpones the consideration of an application, UN members only receive a record of the discussion.

The last country to be admitted to the UN was Southern Sudan (2011). It was a classic situation: a new country was formed – a formal application was submitted – the Security Council issued its recommendation – the General Assembly took a positive decision.

It seems simple and clear. But there is always a but as Ukrainian TV likes to say. There were cases in the UN history when a state was granted membership without complying with all requirements.

The recent hysteria of the Russian Foreign Ministry prompted by the Macedonian parliament's decision to amend the constitution in order to change the name of the country, and Russians' references to the Security Council decisions prompted me to think whether the office on Smolenskaya Square was equally concerned about how the Russian Federation ended up among UN members after the USSR disintegrated and vanished from the map of the world.

The very presence of the youngest member of the big five in the Security Council and the UN as such after the Russian Federation was established in 1991 is becoming an increasingly debatable issue from the legal point of view. Why legal? Because the political aspect of the issue in 1991 regarding ensuring control over the Soviet nuclear arsenal and the share of the Soviet foreign debt overweighed the requirements to membership of the UN Charter for new states. 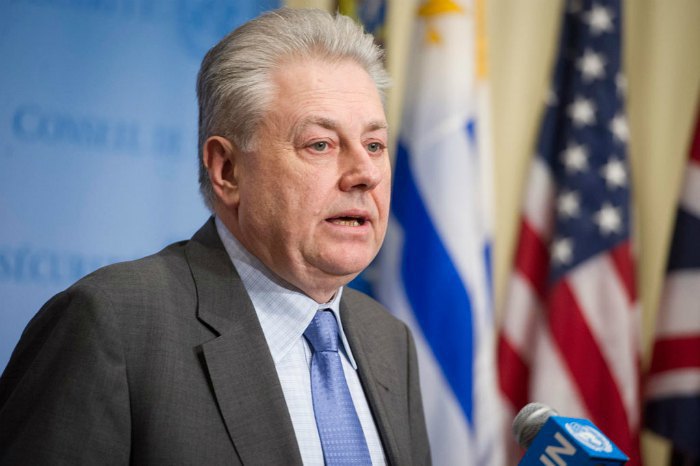 Volodymyr Yelchenko, Permanent Representative of Ukraine to the United Nations

In a matter of days in December 1991, Russia as a newly created state became a Security Council member without complying with the procedure established by the UN Charter and without taking into account the practice, which gives reasons to suggest that Russia's membership of the UN has not been legally formalised and has not been completed de jure.

It is easy to find open-source information about the precedents of applying Article 4 of the Charter which regulates admission of new members. According to the UN's analytical report for 1989-1994, there were 29 countries which completed the procedure in accordance with this article.

Let me remind you that once the USSR collapsed, such states as Czechoslovakia and socialist Yugoslavia became extinct. Without going into much detail of the admission of new states to the UN, it should be noted that the memberships of each of them was approved by the relevant decisions of the UN Security Council and General Assembly. These are Bosnia and Herzegovina, Croatia, Slovenia, the Czech Republic, Slovakia, and the former Yugoslav Republic of Macedonia.

Why am I saying this? It would have been more logical and legally impeccable if after the USSR collapse this country's UN membership had been automatically cancelled and Russia had undergone the admission procedure just like the other former Soviet republics (except Belarus and Ukraine, which were the UN members as the Belarusian SSR (until 18 September 1991) and the Ukrainian SSR (23 August 1991) and continued their membership). To avoid any speculation and loose interpretation of UN procedures and practices, it would be appropriate to mention the letter of the chairman of the UN General Assembly's Sixth Committee (Legal) he wrote back in 1947 on Pakistan's UN membership. He pointed out that if a new state is established, regardless of its area or population or whether it was part of a UN member state, it cannot apply for membership without completing the full procedure required by the UN Charter.

So what can confirm Russia's membership of the UN? President Boris Yeltsin's letter to the UN Secretary-General on 24 December 1991 regarding Russia's "continuity" in the Security Council. But it could only be used as a basis for launching the mechanism described by Article 4 of the Charter.

Instead, the UN Secretary Council and General Assembly made no decisions on the admission of Russia to the UN. What is more, Article 23 of the Charter still does not mention Russia among the Security Council permanent members. The most interesting thing is that the UN Secretariat has not published all the documents regarding the qualification of steps taken by Russia to be admitted to the UN, which, as the recent trends in the UN show, are of much interest to many delegations and investigative lawyers.

Indeed, there have been plenty of precedents of disintegration, unification and establishment of new states over the history of the UN. In the overwhelming majority of cases, their admission fitted the logic and rules of the UN Charter.

In this context, one cannot but recall the no less interesting precedent involving the Chinese People's Republic which became a permanent member of the UN Security Council instead of Taiwan only after the UN General Assembly issued a resolution to this effect in 1971. Even in this case, 20 years later a group of UN member states came up with a proposal to study this issue in greater detail.

It is safe to say that by admitting Russia as a UN member and a Security Council permanent member without complying with the UN Charter only empowered Russia's nihilistic approach to it, which it may have inherited from Soviet times. Russia uses its permanent membership not to support international peace and security, as foreseen by the Charter, but to ensure political coverage for international armed conflicts in which it is involved, in particular in Georgia and Ukraine. Having snubbed the Charter on its path to the UN, the Russian Federation failed to understand the essence of its Article 4 which starts with the following line: "Membership in the United Nations is open to all other peace-loving states which accept the obligations contained in the present Charter." So, there is nothing to say about Russia's delivery on its commitments under the Charter.

Now let us get back to the Palestinian issue. Especially considering the fact that it is not the first time Ramallah has applied for full-fledged membership over the past decade.

In 2011, Palestine already made an attempt to become a full-fledged member of the UN. Back then the Security Council did not approve its application and did not put it to vote. For the Council to adopt a resolution, it must be supported by at least nine out of 15 member states and none of the "permanent five" should vote against it (power of veto). Therefore, in November 2012, the UN General Assembly passed a resolution giving Palestine a non-member observer state status. The Holy Seat has the same status. It does not require the Security Council's approval.

On 1 January 2019, the composition of non-permanent members of the Security Council was updated. Instead of the previous five members, there are five new ones: the Dominican Republic, Germany, Belgium, the Republic of South Africa and Indonesia. The latter two have a clearly pro-Palestine position in the UN. Moreover, 10 of the current Security Council members recognised the State of Palestine. It is said on the sidelines of the UN that there is a chance that Palestine will be able to secure nine positive votes. However, it is extremely unlikely that all permanent members of the Council, especially the USA, will support this decision.

When the previous Palestinian application was discussed in 2011, Security Council members were referring to the 1993 Montevideo Convention on the rights and duties of states in relation to the qualifications which determine the statehood of a state in line with international law, including its permanent population, defined territory, government, and capacity to enter into relations with other states.

It is up to the Security Council and international lawyers to decide whether Palestine meets these criteria. We are more interested in the political aspect of the situation. 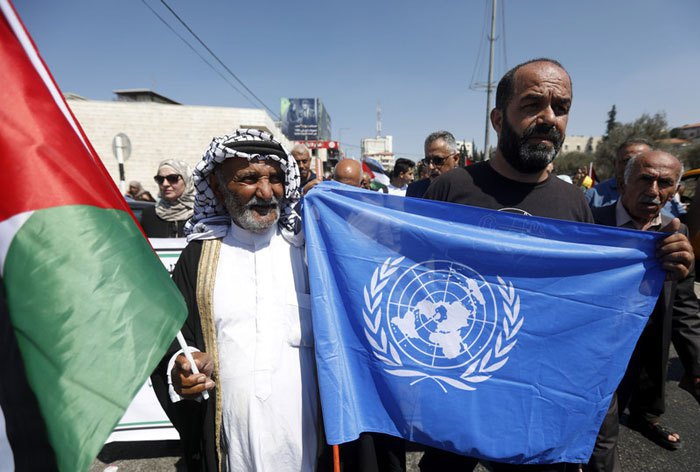 In my article for DT.ua, I have already said that in the absence of true reform in the UN Security Council, any initiative there can be easily buried under the right of veto. The recent discussion of the Palestinian issue in the UN proves that the main players in the Middle East peace talks are at odds over how to act next. Let us recall that in June 2018, the USA blocked the Security Council resolution on the Gaza Strip. We have already heard US and Israeli diplomats say that at the current stage, any promotion of the issue of Palestine's membership of the UN will not facilitate the peace process.

The consideration of Palestine's application in the UN Security Council can also be affected by the fact that four European states – Belgium, France, Germany and Great Britain – do not recognise Palestine as a state.

We will see how the discussion in the Security Council proceeds soon. In the meantime, In 2019 Palestine will chair the largest regional group of states – Group 77 and China (a coalition of 134 developing nations). Despite its observer status, this became possible thanks to the resolution to this effect adopted in October 2018. It is yet another good example how General Assembly instruments can and should be used.

By the way, Ukraine uses them too.